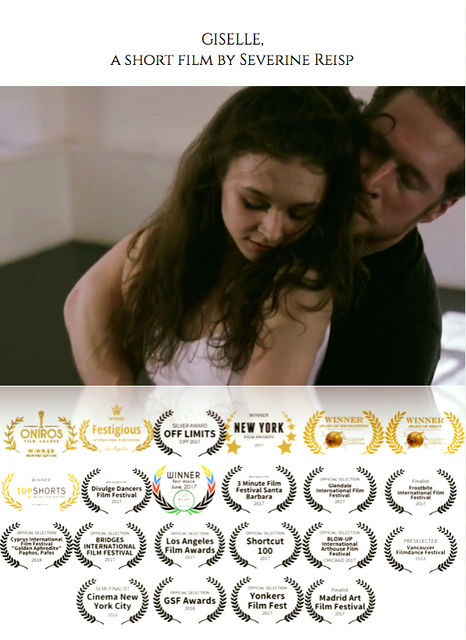 Bearbeiten
Giselle is inspired by the original ballet in which a peasant girl falls in love with the nobleman Albrecht. The film is narrative, yet it includes a lot of choreographies that are essential to the storyline. Giselle is a beautiful, young Syrian refugee who tries to build a new life for herself in the USA. She falls in love with Alfred, a charming but career driven businessman & politician who promises her safety and love. The director plans to make a feature film out of the short film which contains an adaptation of the second act of the ballet as well as deepening certain topics that are already part of the short film but could be much more developed in a feature film bringing together innovative choreographies with topics that are valid in our current society such as unfulfilled promises, a lack of empathy and a fear of the unknown. The director believes that dance can sometimes say more than words concerning emotions and also contemporary topics.
(https://gisellefilm.com/about/)
Mehr anzeigenWeniger anzeigen