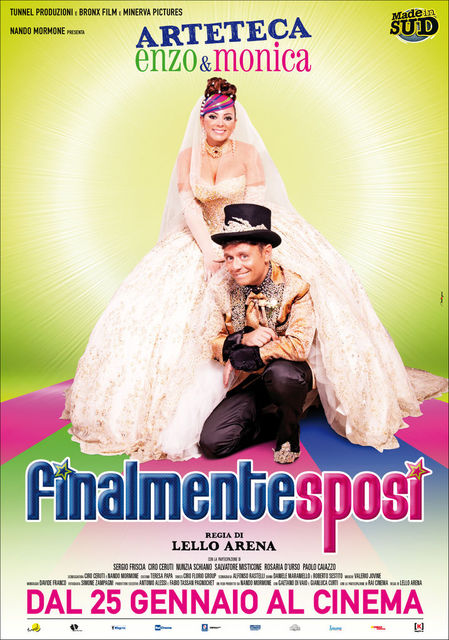 Bearbeiten
After a short moment of fame thanks to a reality show, Enzo and Monica decide to get married. Or it would better saying that Monica decides to get married. Until that moment, Enzo was totally absorbed by his arguable career as junior football team's coach. Monica dreams of a perfect wedding where everthing has to be special... even though often special things are the most expensive. Monica decides about everything: the weeding dress, the restaurant, the bonbonniéres, the honey moon, the furniture for their house. Analysing the family budget, Enzo calculates that in five years, thanks to the owed sacrifices, they will pay back the debts of the loan they need to request today. Moreover few days before the wedding, Enzo and Monica learns that the mall where they work is about to shout down. Monica doesn't want to worry, bad news won't ruin the best day of her life. However as the wedding is over, the newly married couple won't leave to their honey moon but rather they will jump on a pullman to Wolfsburg where they will find Enzo's cousin Ciro whom wants to help them to find a new stability and happiness that their city can't give to them.