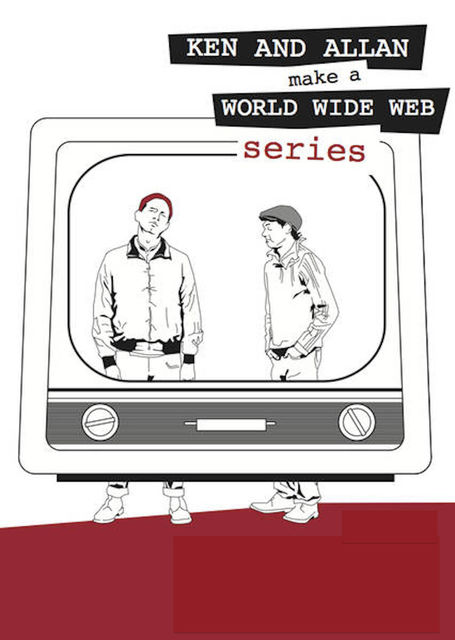 Bearbeiten
KEN AND ALLAN MAKE A WORLD WIDE WEB SERIES tells the story of Ken and Allan, two quarrelsome friends sharing the dream of a career in film making.
Sadly, for lack of funds, opportunity, determination, and talent that dream is very unlikely to come true. To save it they come up with a plan: to make a YouTube- Series in a mockumentary style about two friends who make a YouTube-Series in a mockumentary style.
The idea is that, due to it's enormous success, this mock-mockumentary will be picked up by the BBC, or HBO, or any other major network, resulting in fame, money, awards, and a stellar career in the film and television industries. That's the plan, anyway.
Lacking real vision, making the series only adds to Ken and Allan's constant bickering. As the series progresses the viewer will witness Ken and Allan having to deal with a multitude of complex aesthetic questions, such as 'Can we circumvent British and American profanity laws by swearing in German?' etc.
Meanwhile, they anxiously await that one call that will change their lives...
Mehr anzeigenWeniger anzeigen