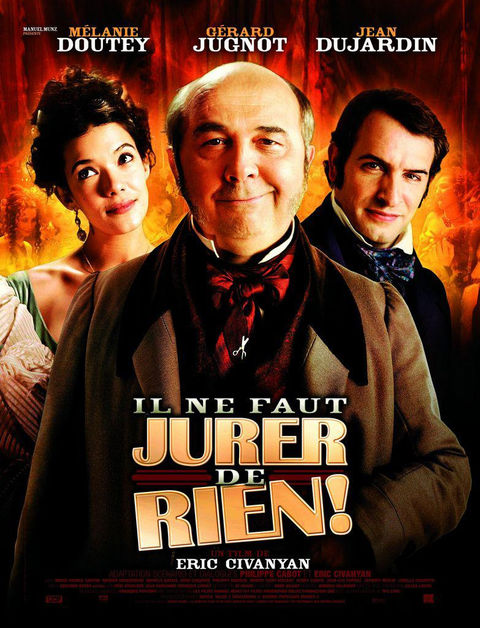 Bearbeiten
Paris 1830. Valentin fritters away his life, drinking, gambling and chasing women. He doesn’t believe in life, and certainly not in love. His uncle Van Buck only believes in the virtues of money and business. They have nothing in common until the day that Van Buck, to improve his image, wants to make Valentin marry a young, penniless baroness.
Valentin, who has absolutely no desire to get married, bets that he can easily seduce the baroness in 24 hours, thereby proving that she, like all women, doesn’t merit being loved. But Cecile, who believes in true love, turns out to be much tougher to dazzle than expected. Valentin is forced to employ all sorts of strategies if he’s to win his bet. The game of cat and mouse begins… But who is the cat? Never say never.
Mehr anzeigenWeniger anzeigen