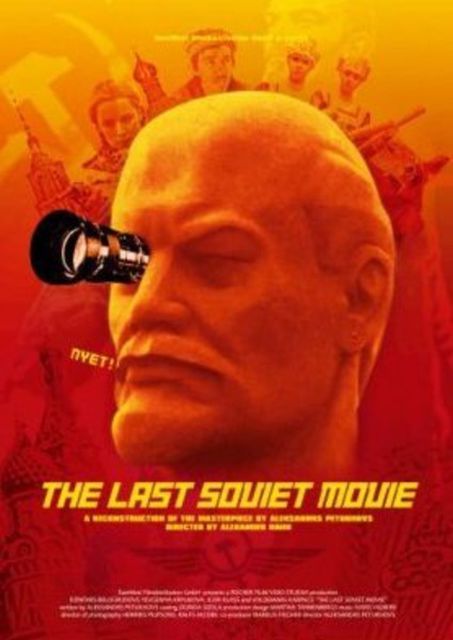 Bearbeiten
The Last Soviet Movie tells the story of Brooklyn writer John F. Romanoff, and his search for the true history of his ancestors who were major participants in the Russian Revolution. Entertaining and challenging, the film defies convention and questions the reality of what is happening in front of and behind the camera.1
In production as the Soviet Union closed down, THE LAST SOVIET MOVIE is shot in a radically eclectic style that mixes Sergio Leone Westerns with Tarkovsky and Monthy Python.
A tribute and satire of old soviet action heroes, THE LAST SOVIET MOVIE is both a lament for and the final nail in the coffin of what once was Soviet cinema. Eisenstein, Pudovkin and Vertov would be horrified.
WARNING: Includes fights with wild beasts, encounters with ballerinas, a ride on the transsiberian railway, nudity and Leninism.
Mehr anzeigenWeniger anzeigen