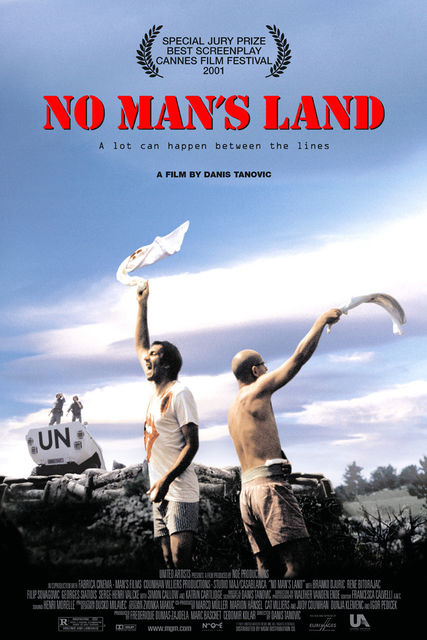 Bearbeiten
"No Man's Land" tells the bizarre tale of enemy soldiers, Ciki and Nino, who find themselves stranded in a long trench which divides the Serbian and Bosnian territories and their respective armies during the 1993 Bosnian Conflict. As Ciki and Nino try to figure a way out of the neutral, No Man's Land zone, a brave Un commander, Sergeant Marchand, goes to help them, despite being ordered not to intervene. Marchand's job is made even more difficult by the international press corps who rush to the battleground, waiting for the story to break.
In a tense stand off between the many sides involved in the conflict, and with the world's press waiting for an outcome, Nino and Ciki desperately try to negotiate for their lives amidst the insanity of war.
Mehr anzeigenWeniger anzeigen