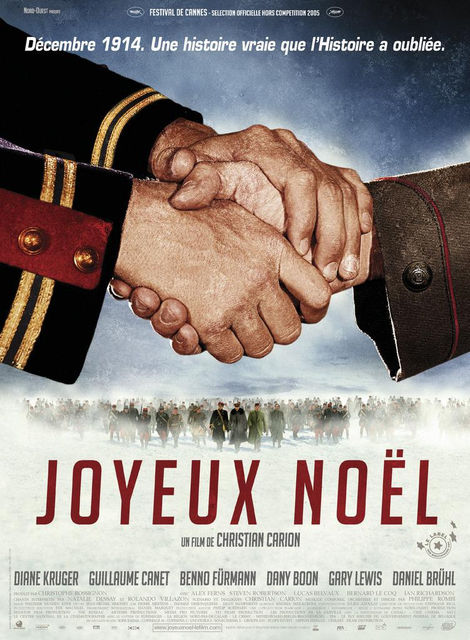 Bearbeiten
This film is inspired by a true story that took place during WWI, on Christmas Eve 1914, at many places along the front lines.
When the war broke out during the summer of 1914, millions of men were taken by surprise and caught up in the ensuing maelstrom. And then Christmas arrived, with its snow and its stream of gifts from back home and from the army brass. But the surprise wasn’t to be found in the generous parcels that littered the trenches.
On this particular evening, a major event was to have a lasting effect on the destiny of four characters: a Scottish minister, a French lieutenant, a German tenor, and a Danish soprano. These stars of the era find themselves at the heart of an unprecedented fraternizing between soldiers from the German, French and British trenches. All will put down their guns and leave their trenches behind as they go to meet the enemy, shake his hand and exchange cigarettes or chocolates, and wish him Merry Christmas.
Mehr anzeigenWeniger anzeigen