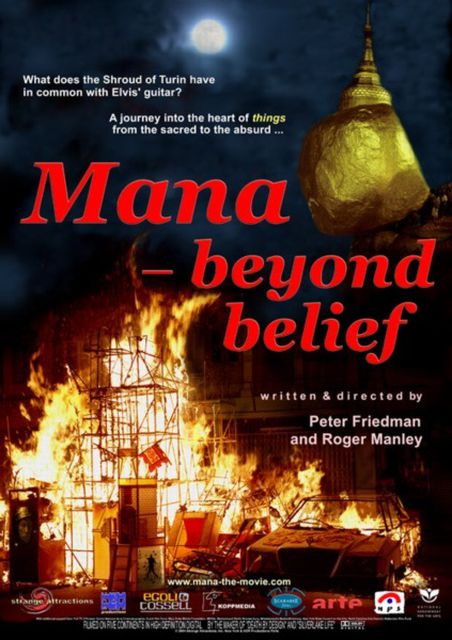 Bearbeiten
All over the world, in every society, there are objects that have special power over people. People climb mountains or make pilgrimages just to see or touch them. They prostrate themselves or engage in rituals in their presence, caress them in the hopes of absorbing some of their magic, they enshrine them in temples or pass them on to descendants; wear them or store them in treasure houses or sometimes burn them. An individual object might hold power over only one group or even just one person, but the phenomenon of "power objects" is universal.

The central idea behind the new motion picture "MANA-beyond belief" is that the way people behave in the presence of these power objects reveals a process of the human mind which is fundamental and universal: belief. read more at: www.mana-the-movie.com
Mehr anzeigenWeniger anzeigen