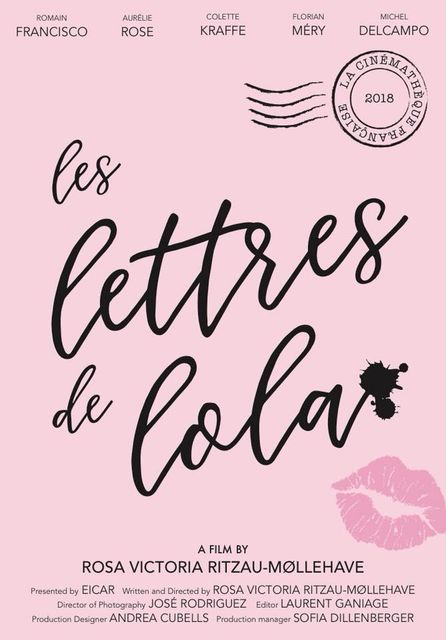 Bearbeiten
The small-town postman Pierre doesn’t understand why people are rarely sending handwritten letters anymore. One day he sees a pink, handwritten letter sent from a
woman named Lola, and he can’t help his curiosity and opens it – carefully in order to not be discovered. As he reads it he imagines Lola and all that she describes in her letter, written to her lover Bertrand. From that moment on Pierre reads the letters that Lola is sending, even though he knows he shouldn’t. From the letters he now understands that Bertrand for some reason has stopped replying her. Pierre envies Bertrand whom he often meets when
he delivers his mail. He is shocked with Bertrand’s apparent indifference, and and he starts to care more and more for Lola.
One day he decides to take matters into his own hands and goes to her address with a bouquet of flowers. When Lola opens the door, it turns out that she is an old woman and not the young woman that Pierre imagined all along. Regardless he still cares for her and sets out to solve the mystery of why Bertrand never replied.
When he returns to Bertrand’s house he realises that the young man that he thought was Bertrand in reality is Bertrand’s grandson, and he learns that the real Bertrand has passed away a short while ago. But, there is one last letter for Pierre to deliver, a letter from Bertrand to Lola.