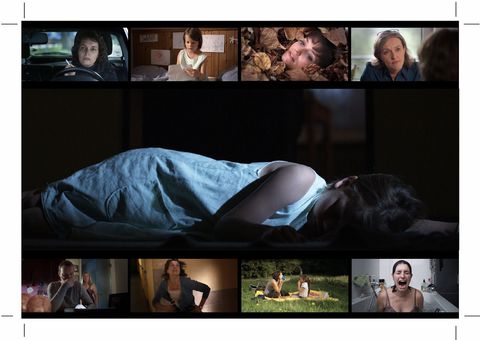 Bearbeiten
"Herbstflattern" ist ein Film über Menschen die wie Herbstlaub fallen und nicht wissen wann und wo sie aufkommen.
"Herbstflattern"is a film about people who are falling like leaves in autumn and don´t know, when and where they will touch the ground.
"Herbstflattern" tells the story about a woman, Lene, who gets discharged from a psychiatric hospital after the tragic accident of Sara, a young girl she cared for at the orphanage where she worked as a counselor.
The only thing she has to hold onto is 'Be Good', a man she has met in a chat room on the Internet.
Lene desires to get close to him so that he may provide her with a sense of safety.
Having only his mobile number and a fuzzy photo in her hands, she searches for 'Be Good' in the streets of Berlin.

Production Notes:
Writer and Director, Birgitta Weizenegger’s debut feature film "Herbstflattern" originally began production using her own funds and the generosity of private equity. A trailer was created and used to raise capital through crowdfunding, which successfully funded and because of these additional monies, the film was completed.
Mehr anzeigenWeniger anzeigen