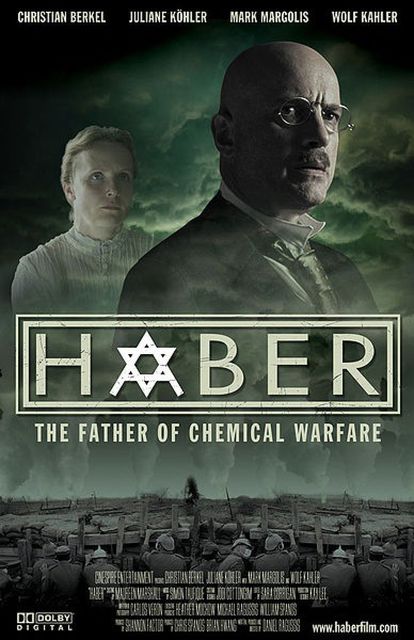 Bearbeiten
Fritz Haber was a brilliant German chemist with one of the most extraordinary dual legacies in history. On the one hand, his revolutionary process for creating synthetic fertilizers averted the greatest overpopulation crisis the world has ever known, won him the Nobel Prize in 1918, and now feeds over 2 billion people.

But Haber was also a staunch German patriot who loved his country with an almost blinding loyalty. Born and raised Jewish, his longing to be accepted as a true German and his intense ambition in his career led him to convert to Christianity and abandon his faith. When World War I broke out, the bloody stalemate of trench warfare threatened to slaughter an entire generation of young Germans, and the German military begged Haber to use his genius to create a new kind of weapon that could break the deadlock.

As Haber agonized over the decision, his wife, Clara, a chemist herself who had sacrificed her own career to support his, implored him not to go through with it. But Haber, his opportunity to become a true German hero finally at hand, agreed to help the military—and became the father of modern chemical warfare. Ultimately, the tragedy of Haber’s legacy was personal as well. Clara, horrified at his decision, committed suicide in protest.
Mehr anzeigenWeniger anzeigen