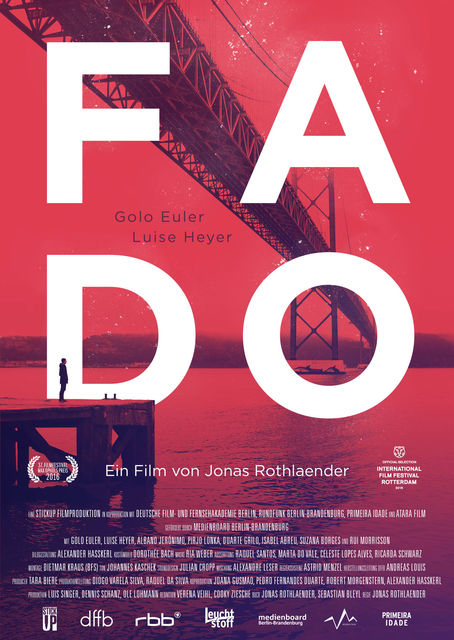 Bearbeiten
Young doctor Fabian travels to Lisbon to win back his ex-girlfriend Doro. While the two of them are gradually getting closer again they are being haunted by their fears. Fabian’s jealousy once again puts their relationship to the test.

When young doctor FABIAN (33) sees an uncanny resemblance in the face of a dying patient, he decides to leave Berlin and travel to Lisbon, where his ex-girlfriend DORO (31) works as an architect. Doro is surprised by his sudden appearance and struggles with her feelings. The two of them had a very intimate, but also painful relationship together.

Fabian fights for Doro. He wants to show her that he has learned from his mistakes and is serious about getting her back. He finds an apartment in Lisbon, starts taking Portuguese lessons, and even quits his job in Berlin so he can start a new life with her. Fabian seems to enjoy life more than ever and, unlike in the past, is able to keep his jealousy under control. Doro falls in love with Fabian all over again.

However, after their first night back together, Fabian’s fears and anxieties come back to haunt him. Fabian feels threatened by Doro’s close friendship with her charismatic colleague, FRANCISCO (36). Fabian tries to suppress his ever-growing jealousy, but he fails to hide it from Doro and eventually returns to his old ways. In fear of being hurt by Fabian again, she gradually drifts away from him.

During a trip to the Atlantic coast the tension between Doro and Fabian escalates, and the couple is driven apart. When Fabian finally realizes that he must let go of Doro to conquer his fears, he makes a discovery that launches him into a full-blown nightmare.