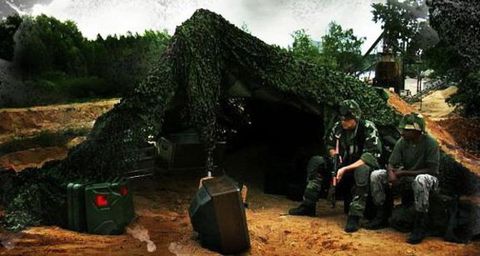 Bearbeiten
TWO Namibian artists have used their musical influence and combined artistic talent to condemn the raging violence that
has fuelled war zones across the globe.
Reggae star Ras Sheehama and German based musician, Ees have simultaneously lashed out at numerous world
leaders who they claim to be fuelling the violence, and urged them to help restore global peace.
In their newly released video dubbed “What dey fighting for?”, shot recently in Germany, the two artists,
dressed in camouflage and holding AK-47s, perform a duet to raise their concern over the raging violence in the world
today and to urge those in power to restore peace.
The track, “What dey fighting for?” is an offshoot from Ees album “Sharp, sharp!”
Ees, a Namibian musician based in Germany, is an MTV Europe Music Awards nominee while Ras Sheehama is a multiaward
winning reggae artist, credited as one of the pioneers of local contemporary music.
Meanwhile, according to sponsors P.art.ners – Berlin - Windhoek Project, the music video accompanying
Ees’ vocal collaboration with Ras Sheehama will be officially launched in Germany tomorrow, and sent to all
major music video broadcasters across that country.
Director P.art.ners – Berlin - Windhoek Project, Imke Rust told Informanté that the music video had been in
postproduction for over a month now since being shot on a professional HD, high quality resolution camera, which takes
quite some time to process.
Mehr anzeigenWeniger anzeigen