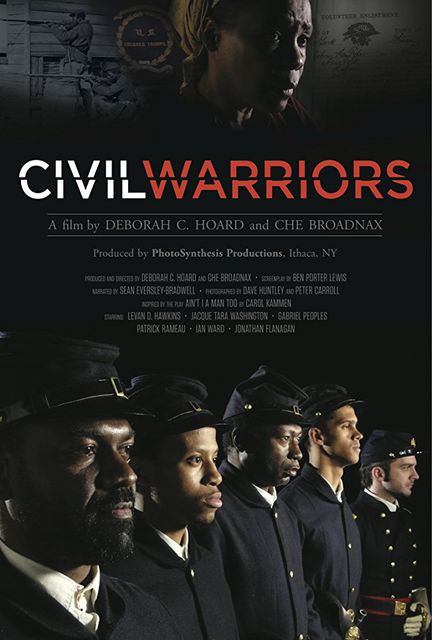 Bearbeiten
CIVIL WARRIORS is a feature film about the experiences of two black families from upstate New York -- fathers and sons who enlisted in the United States Colored Troops (USCT) and fought in the American Civil War. Their compelling true story unfolds through a unique interweaving of historical images with the rhythm and energy of spoken word performance. Contemporary narration guides us and provides historical context as the story unfolds.
The men in CIVIL WARRIORS stood up to fight for freedoms they barely had. They stood up to be counted as men in a country that called them “boy.” They fought and died, but their stories go largely untold. The film is not only about individual men, but also about all of the soldiers who fought in the USCT; it is a history of black people as active agents in their own struggle -- as subjects, not objects of the Civil War. Their stories need to be told, not only in order to reclaim their rightful place in the shared history of our nation, but also to remind us that we need to participate and remain vigilant in the ongoing struggle for racial justice in our society.
(source: Press Kit)
Mehr anzeigenWeniger anzeigen