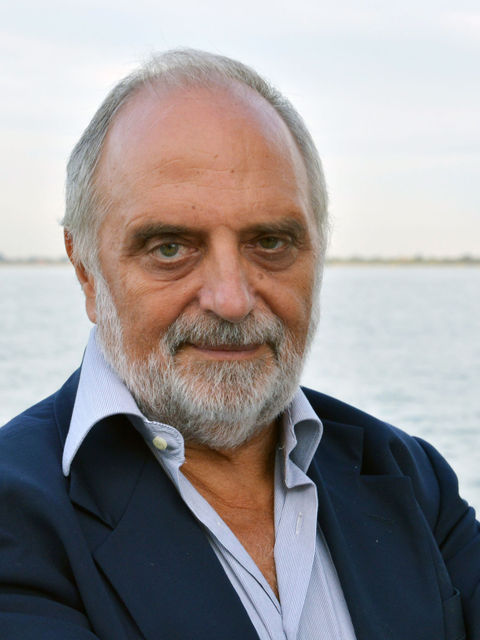 He began working as a musician in the '60s and then devote himself to study theater. Opened in 1976 Tag - Teatro Alla Justice in Mestre Venezia,. From 1980 to 1990 he was president of the cooperative Tag Theatre, where he worked as an actor and a director, producing numerous shows that have travelled all over the world.
Since 1995 he opened his own company, Produzioni Teatrali Veneziane, with whom he still works, producing numerous shows, while also working in other fields such as the Carnival of Venice and the organization of major street-events, as well as the production of large-scale events in different countries of Europe.
Alessandro Bressanello specializes in the theater of the Commedia dell’Arte and held numerous master classes in Italy and abroad about it, but he also dealt with stagings of baroque operas and contemporary theater . As an actor, director and producer has worked in Spain, France, Germany, Switzerland, Holland, Austria, Yugoslavia, Russia, Greece, Turkey, England, Poland, Norway, Sweden, Malta, Brazil, Mexico, USA.
In addition to theater, he starred in over 60 films including american, german, english and austrian movie.
Mehr anzeigenWeniger anzeigen