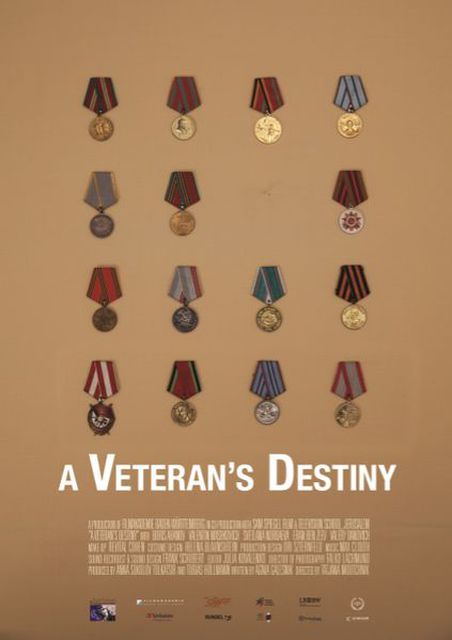 Bearbeiten
Grisha’s (83) status in Or Akiva’s old age home is unshakable. He is the chairman of the hostel’s strongest club — the WWII veterans. In the cynical Soviet culture, the Great Victory has always been the only national pride, and the veterans — true heroes. This year, due to Grisha’s efforts, Or Akiva will have its own parade for the Victory day — ninth of May, and the Russian channel will even send a filming crew. Grisha spends all his time preparing for his life’s last big show — leading the parade.

A week before the awaited date, the hostel is visited by Lev, another war veteran — a man with bandit manners, who seems to recognize our hero from “the former life”. He turns up in Grisha’s room, demanding to return what belongs to him, or else the entire hostel will learn about Grisha’s secret…

Turns out, that during the war Grisha’s mother bought his way out, and he didn’t serve for a single day, a fact that was a mark of shame for his entire life. Before immigrating to Israel, Grisha decided to fix that fact in his biography. He got all the necessary documents, stating he’s a veteran, and even bought a medal of honor from the drunken Lev, for not much more than a bottle of vodka.

Grisha, who spent all his life getting along, working things out one way or another, wants to buy his way out of this mess. But Lev doesn’t want his money. All he wants is to re-receive his medal and his lost honor, before retiring to the next world.

If Grisha wants to lead the parade, wearing his decorated jacket, he will have to find some way to buy Lev, or get rid of him in any other way.
Mehr anzeigenWeniger anzeigen